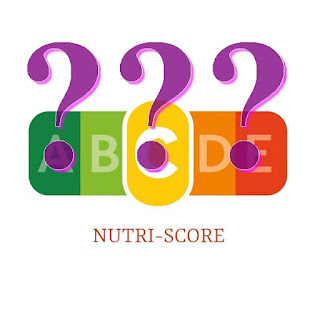 usually i tend to program the posts of this blog but from time to time something new happens so i decide to cover some issues that weren't planned. this is one of these cases.
the nutriscore is not something new, but lately there has been a lot of chitchat (both online and on newspapers) on this matter, and most of the comments are, in my opinion, sorta confusing. the nutriscore is an european system that is supposed to classify foods in a traffic-light fashion according to their level of healthiness. ideally flawless. informing the consumers on the quality of the food they are going to buy with a simple system of ranking and with a clear symbol on the packaging is a great idea, as it gives the information but at the same time leaves the buyer free to decide what to eat and what to avoid. but this supposes that the given info is true and universally admitted by the scientific community.
too bad that in many cases the ranking system seems to be totally misleading. a few examples: red meat is considered dangerous (and that's obvious and universally recognized) while other types of meat and fish are considered healthy (while there are many studies clearly showing that chicken meat is often full of antibiotics and that fish is loaded with particles of plastic and heavy metals). most dairy products are considered unhealthy (and that is obvious and universally acknowledged for all dairy products), while soft drinks with artificial sweeteners are considered safe (while according to many studies they are as bad as those with added sugar). low-fat industrial snacks are considered safe while olive oil is considered unhealthy because of its caloric content (i don't use olive oil as i prefer eating olives so to get also all the other nutrients they're packed with and not only the fat, but honestly i won't say that olive oil is unsafe, especially if compared with industrial snacks). well, just considering these few examples makes clear that the nutriscore ranking system is not that reliable. but all the media coverage and the comments that are appearing almost everywhere (especially in my country) seem even more misleading. the nutriscore is considered as the result of the marketing strategies of the corporate foor industry, generating a global and inexpensive advertising campaign for their products at the expense of small-scale producers.
and i agree, there are good chances that it's true. but the fact that the nutriscore may be a big lie does not make red meat or dairy products healthy. they are still unhealthy, as are unhealthy all soft drinks, chicken meat and fish.
nowadays there is so much info (both online and offline) on the safety and healthiness of a whole food plant-based diet that there's no need and no space for both the nutriscore and the claims of the small-scale producers of meat and dairy.
Newer Post Older Post Home