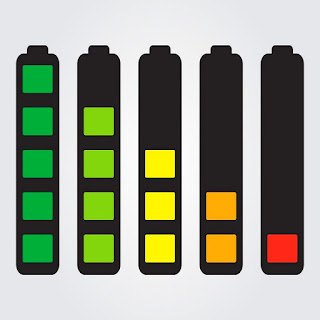 the nineties are over and no, i'm not into rave parties anymore. the "e" of the title refers to e-bikes and more generally to all electric-powered small vehicles. this type of personal transportation is gaining more and more popularity as here in italy the government is guaranteeing a partial refund (up to the 60%) for everyone who buys an e-bike or an electric kickscooter till december 2020. that's partially because of the so-called green deal which seems to be spreading all over europe, and partially as a way to avoid excessive crowds in the public transportation and to prevent another covid-19 emergency.
i've already posted something about electric-powered vehicles (the post is here). i had mixed feelings at that time, and i still have them. once again, are they really "green"? obviously it depends on how the electricity is produced, but choosing a vehicle that moves only thanks to the power of our own body is surely a more ecofriendly way of going around, not to mention that i can't understand why so many people are frightened of using their muscles to move around, be it walking, running, cycling or using a regular kickscooter.
obviously there are also the pros of using e-powered vehicles. first of all, an e-bike is a smart substitute of a little motorbike and it can reduce the use of cars in an urban environment. an e-bike can be a good choice also for elder people who are not fit enough or can't (or, more often, don't want to) use a normal bike. electric powered bikes can be great also for the not-that-fit average person who wants to do some cyclotourism. in these cases, e-bikes are by far more sustainable than cars or motorbikes. still, for everyone else who loves riding a bicycle or needs to speed up her/his daily commuting, wouldn't it be better to use a regular bike where you just have to pump on the cranks to move around? if you don't feel enough fit for it, you have a good opportunity to regain some fitness, some health and loose a few pounds. at least you'll save yourself the hassle of keeping in mind to recharge the battery.
i've had a personal experience with an e-bike (i had it in barter when i sold my quad) and the annoyance of having to check the battery level and remembering to recharge it before a long ride was by far more relevant than all the benefits that the electric power could provide. when i realized that i was using it for less than 1/10 of the distance i usually covered with my regular bike i sold it with no regrets, and mind that at that time i lived in an area where, except for the seaside, there are no flat roads but a continuous succession of ascents and downhills.
so for me, f**k e-bikes. i'll go on just pumping on the cranks.
Newer Post Older Post Home