"animal moves": the book and the deck 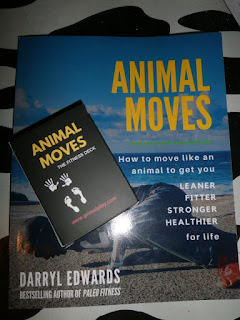 update: right after posting this review, i was honored to have a contact via instagram with Darryl Edwards himself. he suggested to try to do all the exercises of the deck in advanced level with no rest between sets. i did it. all i have to say is... f***ing intense. a great workout.
Newer Post Older Post Home