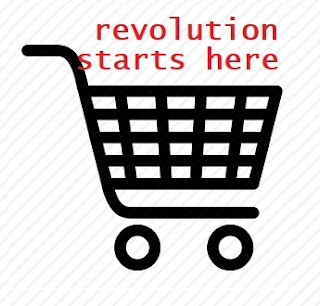 i've already expressed my view on the fridays for future movement in a recent post. now, with cop25 in madrid, the attention is again on climate change and on worldwide protests. and once again, in my opinion, we're missing the point. protesting against the governments and the politicians we're delegating our future to someone else and at the same time we underestimate the power we have as consumers.
the larger part of the damage we cause constantly on the environment depends on our daily habits, and i'm not referring only to the way we move or the way we move things around. what we eat is even more important. the production of meat, dairy and all animal products have a dramatic impact on the environment. it requires a lot of soil and a lot of water. breeding itself (especially in the case of cows) causes a production of CO2 way larger of cars and planes.
if we really want to change things, we have to act daily, modifying the way we live. going vegan is obviously the first thing to do. obviously reducing to a bare minimum the use of cars and other engine-powered vehicles is important too. e-powered vehicles too have an impact on the environment, as electricity has to be produced in a way or another (and in most countries only a small portion of electricity is produced from renewable fonts).
changing our habits we will modify the global market creating different needs and by consequence politicians and world leaders will be forced to change the rules accordingly, following the new trends. so, as consumers, the first move is our to make. that's how we should expect things to happen, not the opposite. but as always protesting against the government or waiting for something crucial coming from cop25 is easier than modifying our lifestyle, and as always too many people choose to do the easier things even if they're totally useless.
Newer Post Older Post Home